Member Login
Join Us Member Benefits Register For an Event

In the early 19th century, the Mississippi River was seen as the essence of opportunity. Shortly after Illinois became a state in 1818 and Military Tract bounty land became available, John Wood and Willard Keyes bought land in what they deemed the perfect spot on the Mississippi, where the water met the bluffs. It was an ideal port for steamboats, trading and commercial prospects. Within a few years, the riverfront bustled with passengers, porters, tradesmen and speculators.

Between 1829 and 1870, more than 10,500 Germans settled in Quincy, bringing to the community skilled craftsmen and high caliber citizens, the majority of whom settled in the southwest section of the city. Manufacturers produced stoves, plows, household furniture, organs, carriages, and farm wagons. Several breweries and a distillery also prospered. Front Street was a mix of dry goods stores, saloons, hotels and restaurants. Quincy became home to a number of the finest pioneer leaders in business, law and trade.

Today, Quincy continues to recognize and honor her German heritage. In 1990, 56 percent of Quincyans claimed German ancestry. “Calftown,” a portion of the southwest section of town appropriately named because every home in the area was said to have had a cow in the yard in the mid-1800s, is also known as the South Side German National Historic District.  We have a close and long-standing Sister City relationship with Herford, Germany, from where many of our ancestors originated, and we celebrate our German heritage with Germanfest and Oktoberfest celebrations each year.

Quincy was named after President John Quincy Adams. Early in 1825, the Illinois Legislature created a new county in West Central Illinois and named it Adams. A commission named the existing village as county seat, calling it Quincy, and to complete the use of his name, the public square was called “John’s Square.”

Visitors called Quincy “a gem of a city.” Flour and sawmills flourished, for the fertile soil yielded excellent crops of grain; game was abundant; oak, hickory and walnut timber came in quantity from the forests that were cut down to make way for the expanding community; and trade flourished. That nickname, “The Gem City,” is still reflected in our community today in company names, television and radio station call letters, and our summer collegiate league baseball team.

Just more than a decade old, Quincy was faced with its first human rights issue when the question of slavery became a growing issue across the country. Just across the Mississippi River, Missouri was a slave state, but most of Quincy’s earliest settlers came from the Northeastern United States bringing with them strong antislavery inclinations.

Quincy was bold in its conviction and hospitable in its actions.

One notable case was that of Dr. Richard Eells and an enslaved man from Missouri named Charley. Dr. Eells provided Charley shelter in his carriage home on Jersey Street, but as Charley was attempting to reach Mission Institute #1, he was caught, returned to his enslavers and Dr. Eells was tried and convicted of harboring a fugitive slave. The judge who heard the case in 1843 was Stephan A. Douglas. In 2014—172 years later—Illinois Governor Pat Quinn officially pardoned Dr. Eells.

Again showing their willingness to aid the most vulnerable of people, the residents of Quincy acted as a refuge to individuals of the Mormon faith escaping persecution in Missouri during the winter of 1838-39. The city of Quincy sheltered 5,000 members of the Church at a time when the city’s own population numbered only 1,500. Today, the members of The Church of Jesus Christ of Latter-Day Saints still remember Quincy as a city of people that gave them refuge in when they faced the direst of circumstances.

As the largest community in the area, Quincy became the political center for the region. Founder John Wood became the 12th Governor of Illinois in 1860. Stephen Douglas was elected to congress and later to the Senate.

On October 13, 1858, as the country was still grappling with the question of slavery, the sixth of the famous Lincoln-Douglas debates was held in John’s Square, which is now Washington Park. More than 15,000 people are said to have crowded the square to hear Lincoln draw from Douglas the admission that he favored permitting the states to settle the question of slavery within their borders, a position that won election to the Senate for Douglas, but two years later went far toward electing Lincoln to the presidency.

With the advent of railroads in Illinois, the center of activity swung away from the river, but while other cities have surpassed it in size, Quincy remains the largest city in an area of 100 miles in all directions and has positioned itself as the regional retail and medical hub for a population of more than 250,000 residents. 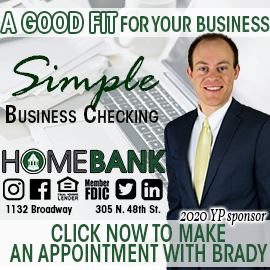